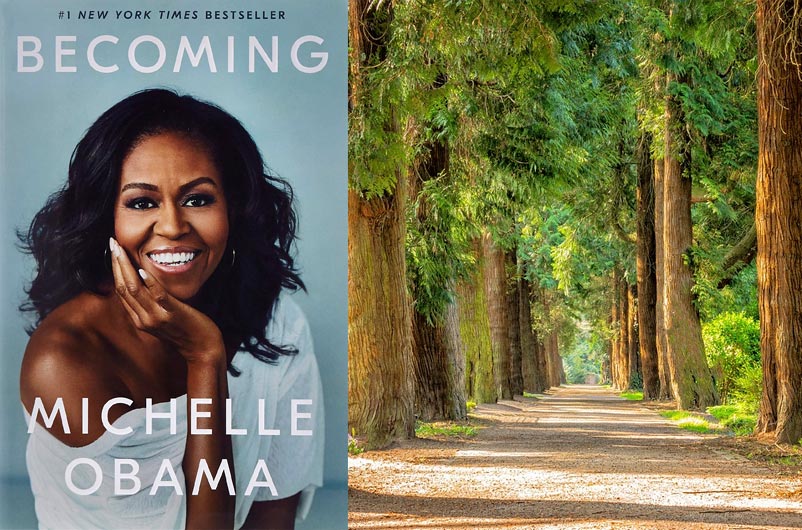 I think we can all agree that Michelle Obama is an icon for women all over the world. She’s powerful, strong, influential and independent. In her autobiography, she starts from the very beginning and shares stories from her childhood. Including details about her neighbourhood, parents, brother and what it was like growing up in Chicago, Illinois. She shares very private details of the struggles she faced throughout her life and is undoubtedly the voice for many African American women with similar experiences. It describes how she overcame them and her journey to becoming the Former First Lady of the United States. Her life story is described with dignity, vulnerability and authenticity.

2. A Promised Land by Barack Obama

And following his wife Michelle Obama, is Barack Obamas best selling Autobiography. A real power couple, huh? This autobiography is very enlightening and gives a deep insight into Obama’s life, especially during his time as president of the United States from 2009 – 2017. He shares stories about the racism and discrimination his family unfairly faced at the White House throughout his presidency. Speaking the truth and hiding nothing in the process. This autobiography shows a man who wants to make positive change for his country with great spirit, humbleness and empathy for others. He also touches upon many decisions he made as president and why he choose them, with great moral judgement and wisdom.

This autobiography became one of NYT best-sellers very soon after its release in 2016. It received lots of attention because of the truly heartbreaking story – a superstar doctor who saved many lives and unfairly lost his to cancer at an early age. Kalanithi shares his life story in two main parts. The first half describes his journey with medicine and why he decided this was the career path he wanted to follow. The second part shares the tragic story of his diagnosis of late-stage lung cancer at only 36 years old. Sadly, Kalanithi passed away shortly after finishing his autobiography and his wife, Lucy Kalanithi, published it for him.

Benjamin Franklin is known all over the world for his great accomplishments in many different fields. Engineering, science, government issues, diplomacy and more. His autobiography is a collection of all of the events in his life from early childhood. It shows his deep determination to use all of his gifts and talents to help the world as much as he possibly could. He is humble about all of his accomplishments and talks through the thought processes that led to them all. He shows great depth in the understanding of the world around him and realises his unique ways of thinking, intelligence and talent can have a positive impact on the world. An interesting fact about this autobiography is that it was originally meant just for his son, so the words come straight from the heart.

5. The Beauty of Living Twice by Sharon Stone

Sharon Stone’s autobiography is powerful, enlightening and heartfelt. It starts with her struggles from childhood, suffering physical and sexual abuse and how she overcame them to become a successful actress. It then goes on to describe her heartbreaking battle after an aneurysm and stroke which completely throw her life off track. She lost her husband, her son, her career and confidence all in the blink of an eye. Her inspiring story tells us how she overcame that and got a second chance at life with a whole new perspective that she’s eternally grateful for. It’s ultimately a tale of her survival. She is incredibly honest throughout the book as she describes her life’s journey and the heartbreak that most of us will be able to relate to in some way.